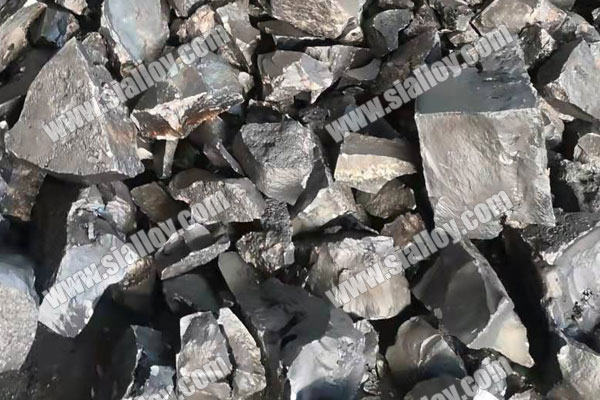 Arc ignition, feeding and melting: After the furnace repair is completed, a layer of lime extracted from the batch is firstly laid on the bottom of the furnace, followed by adding part of the manganese-silicon alloy to start the arc, and then the rest of the mixture is added to the furnace at one time. After the charge is added, power on to full load. In order to reduce heat loss and shorten the melting period, the charge on the edge of the furnace should be pushed to the vicinity of the electrode and the furnace core in time, but slag turning and splashing should be prevented: after the charge is basically melted (the silicon content of the alloy has dropped to 3%- 6%, the slag basicity and manganese content are also close to the final slag), and then enter the refining period.

Tapping: When the silicon content of the alloy basically meets the requirements, the power can be cut off for sedation, so that the metal particles in the slag are fully settled, and then the iron is tapped. When tapping, the alloy and slag flow into the ladle together. Due to the mixing effect between the slag and the alloy during tapping, 0.2%-1.0% of silicon can be removed outside the furnace. The molten iron that has just come out of the furnace has a high temperature and is mixed with slag, so it should not be poured immediately to prevent the ingot mold from being burned out and slag inclusion in the iron. The depth of the casting mold should not exceed 300mm, otherwise the temperature of the center of the alloy will be too slow, resulting in segregation, resulting in the enrichment of impurities, and the product will be scrapped in serious cases.