HOME > Blog
Graphite briquette were made from graphite, which with diamond, carbon 60, carbon nanotubes, graphene and so on are carbon elements of the single matter, they are each other isomorphic. Graphite because of its special structure, graphite products has the following special properties: high temperature resistance, conductivity, thermal conductivity, lubricity, chemical stability, plasticity, heat shock resistance and so on. Because of these characteristics, graphite is widely used in modern industrial production. Graphite briquette is used in metallurgy as a carbon raiser. 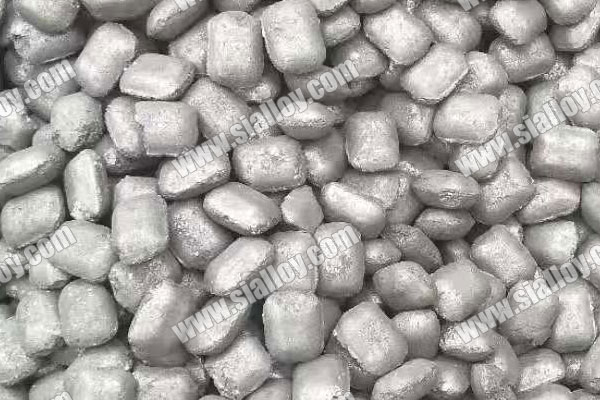 Graphite is soft, black-grey color, oily, and it can contaminate paper. The hardness is 1 to 2, along the vertical direction with the increase of impurities its hardness can be increased to 3 to 5. The proportion is 1.9 to 2.3. The surface area is concentrated in 1-20m2/g, with melting points above 3000 degrees centigrade under isolated oxygen conditions, and is one of the most temperature-resistant minerals. It conducts electricity and heat.

It is hard to find pure graphite in nature, which often contains SiO2, Al2O3, FeO, CaO, P2O5, CuO and other impurities. These impurities are often in the form of quartz, iron ore, carbonate and other minerals. In addition, there are water, asphalt, CO2, H2, CH4, N2 and other gas parts. Therefore, the analysis of graphite, in addition to the determination of fixed carbon content, must also determine the volatile and gray content at the same time. The filtered graphite is generally suppressed by professional manufacturers and produced as graphite briquette. During use, stirring is conducive to the dissolution and diffusion of carbon, to avoid carbon raiser floating on the surface of the iron burned. Before the carbon raiser is completely dissolved, the stirring time is long, the absorption rate is high. Stirring can also reduce the time to increase carbon insulation, so that the production cycle is shortened, to avoid the iron in the alloy elements burned. Graphite briquette is also well known as graphite carbon ball, or graphite carbon briquette.

The shape of Graphite Briquette facilitates melting and absorption in iron liquid. Graphite carbon balls are used in casting to significantly increase the amount of scrap, reduce the amount of pig iron or do not use pig iron. The vast majority of carbon raisers are suitable for furnace smelting, and there are also a small number of carbon raisers that absorb particularly fast.
Main Products
Hot Products